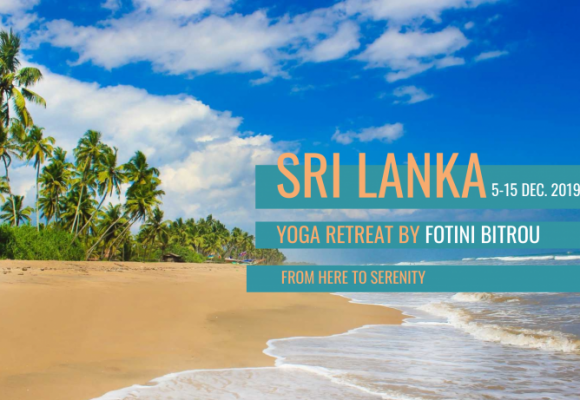 In the heart of our winter, we will find ourselves in Sri Lanka’s summer in order to balance our dosha-kapha-vata-pitta in warm waters, with tea and oils for our bodies and our nostrils. We will clean our airways with beautiful herbs and oils. We will choose asanas (positions in our practice) which will be adapted to you, based on your needs, giving you peace of mind and body, filling your luggage with beautiful images and experiences on your return. A trip of a lifetime that will combine a unique tourist experience, with company and yoga, to places that will surely leave you speechless. This Yoga Retreat, which we prepared with love and in detail, will be unforgettable.

According to Lonely Planet, Sri Lanka is the number one tourist destination target for 2019

A tear shaped  island, south of India, or Ceylon as it was known, was one of the most important commercial landmarks between the East and the West, playing an important role as part of the Silk Road. Its endless beaches, the ancient towns of Polonnaruwa and Sigiriya, the crown’s three diamonds, the exciting hinterland with the endless tea plantations and the ever-smiling inhabitants make up a rising exotic destination with special history. It is the place where, according to folklore, Ramayana, the epic Sanskrit Hindu poem, has taken place, and which even today anyone can follow in the mountains, the jungle temples and the hot springs.

Meeting at the Athens International Airport Eleftherios Venizelos 2 ½ hours before the scheduled flight and departure via connecting flights to Sri Lanka.

Arrival in Colombo and transfer to the hotel for a rest after the long flight. In the afternoon we will get a tour of Colombo. Like every capital in developing countries like Sri Lanka, Colombo is changing its face very fast. Skyscrapers spring up overnight ,where old buildings used to stand. In some places, however, the charm of the old buildings remains, like in the northern part of the city, known as the Fortress, in which many buildings from the British, Portuguese and Dutch colonial period  tangle with the modern ones in a peaceful but paradoxical architectural coexistence . We will see the Municipal Palace, the Old Parliament, the Independence Square, the Royal College with the largest student number – reaching 7500, thus making it the largest university in the whole of Asia, the beautiful Buddhist temple, the cinnamon gardens and the international conference center, the waterfront known as Galle Face stretching for half a mile along the coast, while in the open market Pethah we will discover a busy beehive of vendors and buyers of all kind of products, from simple toys to complex electronics After the tour, we will return to the hotel, we will have our Yoga lesson and then free time for rest. We will have dinner in the hotel restaurant and overnight stay. 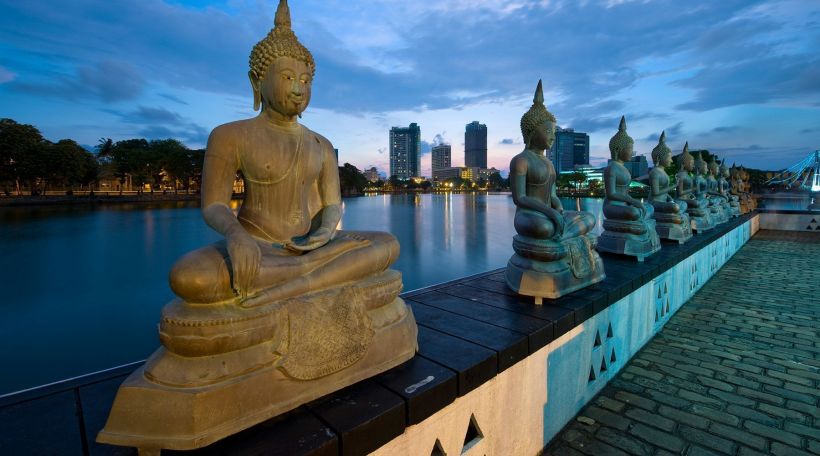 Breakfast and departure for Dambulla. We will stop at the Elephant Orphanage in Pinnawala (approximately 2 hours from Colombo), where over 50 volunteers take care and protect these charming mammals. Even though until today only the elephant cemeteries 80 km away from the island’s capital Colombo were known, the orphanage, infirmary and nursing home of wild Asian elephants have been operating under the auspices of a private animal welfare organization since 1975. The purpose of the foundation is to provide care, food, shelter and protection to many of the orphaned and injured elephants found in the wild jungle. Domesticated elephants growing in the orphanage experience warmth and comfort rarely found anywhere else before they are released or sold, in an unusual process for the sensitive giant of the animal kingdom who are breeding in captivity. Depart for the wider area of ​​ Dambulla where we will arrive after about 2 – 2 ½ hours by road. Arrival at the hotel. Yoga Course, dinner & overnight stay. 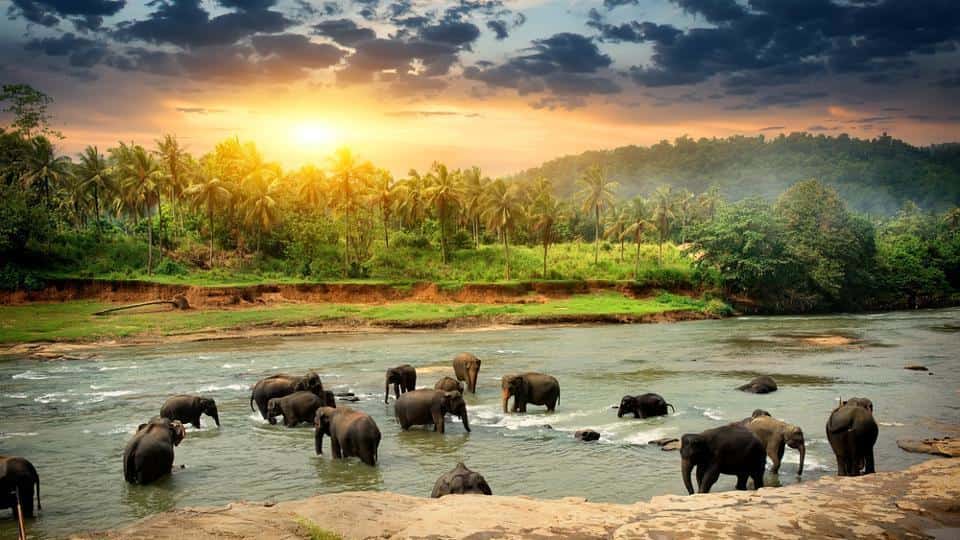 Breakfast at the hotel and departure for Polonnaruwa (about 1 to 1½ hours drive), one of Sri Lanka’s most important archaeological sites that flourished between the 11th and 13th centuries, especially under the reign of Parakramabahu and is included in Unesco’s  list of World heritage monuments. The massive water saver, which is rightfully called “sea”, shows us the construction achievements of that period. The ruins of the ancient city, the temples and the palace also testify the era’s artistic edge. We will see, among other things, the baths, the council room as well as the listening room while in the Gal Viharaya stone temple we will admire the four Buddha statues of colossal dimensions carved in rock which represent Buddha in a standing, sitting and lying position reflecting peace and quiet on his face. Return to the hotel. Yoga Course, dinner & overnight stay.

Breakfast at the hotel and departure for the fortress of Sigiriya (30 ‘- 40’ distance). The impressive Citadel of Sigiriya (Lion Rock Citadel) was built by King Kashyapa (5th century BC) on a giant, isolated rock of 200 meters height. At its peak there is an acropolis with gates, ditches and bastions, while in it you will see the well-preserved ruins of a city with extensive aquatic and clinging gardens. In the middle of our ascension to a sheltered recess of the rock, accessible by a spiral staircase, in a cave, we find the famous “Divine Girls”, the 21 frescoes with the naked virgins, which are a reference point of the ancient acropolis. Placed among the most beautiful Buddhist frescoes, they will impress with their style as they are painted with earth colors on plaster. Enjoy the view from the first balcony, dare to ascent  where the throne of the mighty king once stood, or try to decipher the poems of the ‘hidden’ fans of the frescoes on the rock that are the first ancient texts of the Sinhalese language. Return to the hotel – free time. Yoga Course, dinner & overnight stay.

Breakfast at the hotel and departure for the tour of the day. Five caves in Dambulla, with 15th-century frescoes on their walls and ceilings, have been transformed into the Golden Dambulla Rock Temple, a place of Buddhist worship. In one of the caves there is a  ” Lying Buddha “statue 14 meter long sculpted on the rock, while in the largest cave there are 150 natural size statues of  various deities. It is believed that these temples were built by King Valagambahu in the 1st century BC. When Tamil Raiders attacked the kingdom of Valagambahu and defeated its army, the king had no choice but to find shelter in the Dambulla caves. For nearly 14 years, these caves served as the King’s home, and when Valagambahu regained power, he built these temples as an indication of his gratitude.  The Dambulla Caves have been declared a UNESCO World Heritage Site since 1991 and they are considered to be one of the most important Buddhist monastic sites. On our way to Kandy we will visit a spice plantation in Matale in order to learn how to cultivate and process the country’s famous spices. Sweet cinnamon, strong carnation, intoxicating cardamom, spicy pepper and a multitude of others spices will give us authentic scents and incomparable flavors. Arrival at Kandy, the last capital of the Sri Lankan kings. Built at an altitude of 488 meters, in a green landscape with tea plantations, it is considered to be the capital of the highlands. The heart of the city – which offers shelter to more than 100,000 inhabitants – is the artificial lake Kandy, which was built in 1798 by King Sri Wickrama Rajasinghe. Arrival at the hotel. Yoga lesson, dinner & overnight stay.

Breakfast at the hotel and departure for Sri Lanka’s most important religious monument, Dalada Maligawa temple (Temple of the Tooth). Inside the temple, which is built in the end of the 17th century and is included in the UNESCO World Heritage List since 1988, Buddha’s sacred tooth is kept. According to the local tradition, the divine relic was found in Sri Lanka in AD 400, hidden in a princess’ hair. This temple was constructed during 1687-1707 by Kandy’s kings, and inside the tooth is kept, which we will not actually see since it is placed in a small golden cover which is enveloped in a larger one and so on. We move on for a tour of Kandy – a cultural center where ancient custom, arts and crafts are still found today. The city is renowned for its silverware, its precious stones and its wooden and bronze masterpieces. We will visit the lake, the arts center, as well as the gem workshop offering unique opportunities for jewelry purchases, while all around the lake there are shops where anyone can find ceramics, handicrafts and antiques. Later, we will have the opportunity to enjoy local traditional dances and get to know the country’s musical culture before returning to our hotel. Yoga lesson, dinner & overnight stay.

Breakfast at the hotel and departure for our long ‘descent’ to the south, where the Indian Ocean wets the country’s coastline, without any other piece of land up to Antarctica! Arrival at the hotel in the afternoon. Yoga lesson, dinner & overnight stay.

Breakfast at the hotel. This day we will visit one of the most beautiful cities in Sri Lanka, the former harbor and ship supply point, Galle. It was built by the Portuguese and was expanded by the Dutch by supplying the ships that were operating between the east and the western world. Its intense colonial color is complemented by the image of the locals standing on reeds on the beach practicing their traditional way of fishing. We recommend that you enjoy your coffee in one of the beautifully renovated café-restaurants in the fortress and “venture” a stroll through the city market, discovering hidden corners, smells, and people. Return to the hotel for free time. Yoga lesson, dinner & overnight stay. 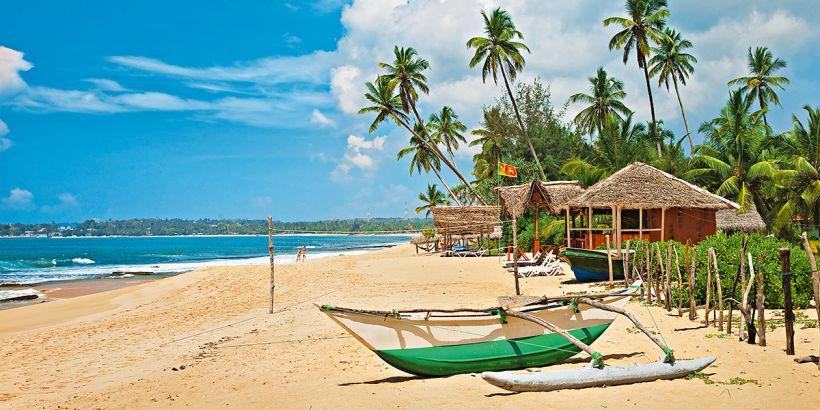 Yoga lesson, breakfast in the hotel and free time until the scheduled departure for Colombo where, later in the evening, we will catch our return flight.

Arrival in Athens via intermediate stop. 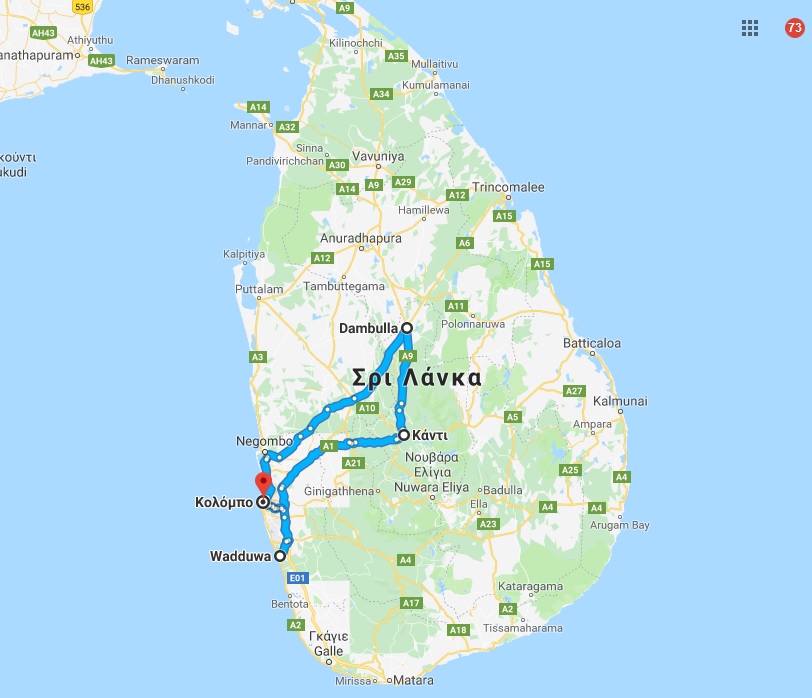 Note: Please take into consideration that there may be changes in the visits’ order for the best and qualitative conduct of the visit, without any omission of those already mentioned.

Note: The accommodation hotels’ ratings are of local standards and are selected because of their proximity to the international standards. If they are not available at the time of the request, another hotel of matching category will be confirmed.

(Departure / arrival is in local time)

Note: Airlines reserve the right to change their routes without prior notice

Fotini teaches Hatha, Restorative and Vinyasa yoga. She is a registered yoga teacher with Yoga Alliance RYT500, which acknowledges the completion of a yoga teacher training with a registered yoga school. She is also a gymnast graduate from Athens University and owner of the Kouros studio. Fotini was the founder of the classic athletics (track) team in Aegina, of which she was president for five years. She was also involved for 12 years with classic athletics (800 – 1,500 meters) and was a track champion in many appearances with the national team of Greece. For Yoga instructor Fotini Bitros’ Biography click here 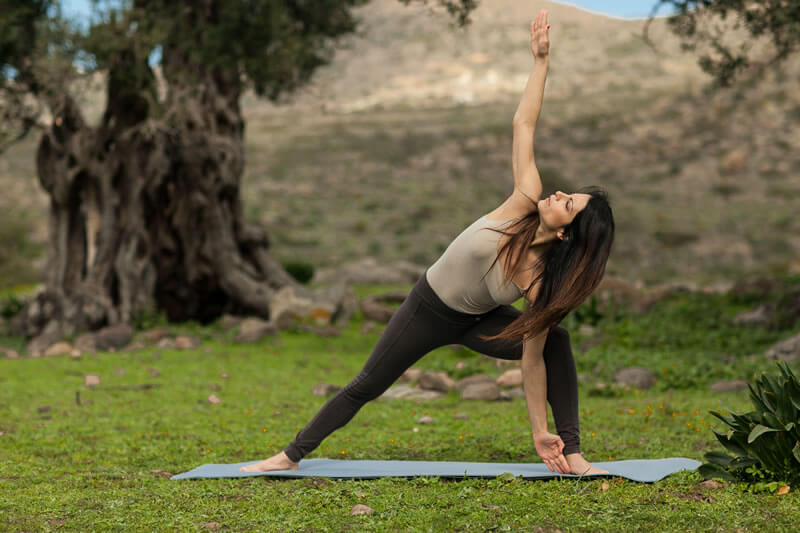 What is not included 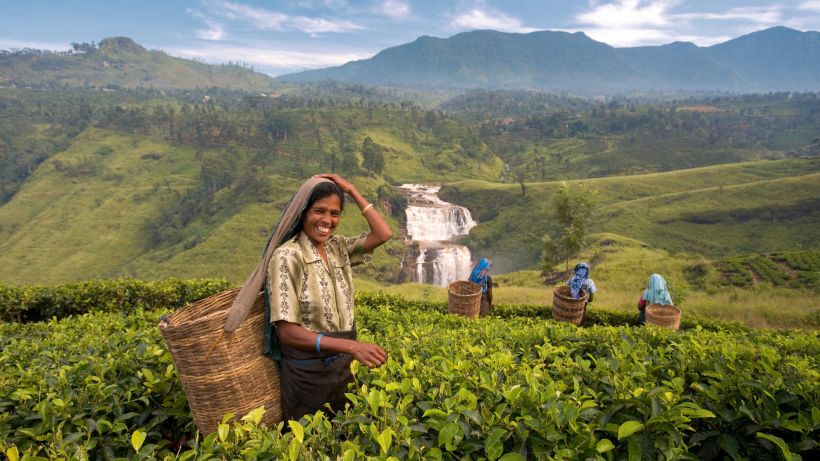 our Hotels in Sri Lanka