You are here: Home / Bio of Fotini Bitrou 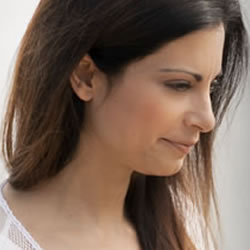 Fotini Bitrou is a gymnast and owner of the Kouros Gym in Aegina. She was founder of the classic athletics (track) team in Aegina of which she was president for 5 years, and she was involved for 12 years with classic athletics (800 – 1,500 metres) and was track champion in many appearances with the National Team of Greece.
For 14 years she has been dealing systematically with aerobic and weights and has participated for Fitmess in many such events. During the past ten years she has been involved with Yoga and Pilates – she teaches Hatha, Restorative, Ashtanga and Vinyasa Yoga. Certified Yoga teacher 200 hrs Allance.
It should be noted that Fotini is a professional lifequard. She trains children aged from 3 – 18 years of age in swimming, gymnastics, kids yoga, kids trampoline and childrens dance and music and movement.

Fotini says:
“The most exciting school I have been in during the last few years, is life itself. This is why I continue with undiminished interest my studies around fitness, attending seminars, talks and classes in both Greece and abroad, believing it to be important to always be a student of life!
The team at Kouros gym is always with you to show you the area and help you feel at home, our slogan has always been “become the change you want to see!”
You make the programme that suits you dependant on your needs and endurance and we are always by your side to help you!”